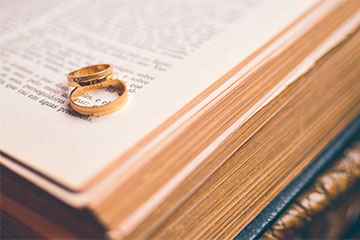 Marriage is a public declaration of love and commitment between two people, but it is also much more; it's a legal and an economic relationship. A prenuptial agreement is a formal legal and financial document that prospective marriage partners draft and agree upon prior to their marriage. The process of drafting a “prenup” is an exercise in thoughtful planning that should bring benefits and protections to both partners in the upcoming marriage.

A postnuptial agreement is a written contract signed by both partners after a couple gets married to settle the couple's affairs and assets in the event their relationship ends in a legal separation or a divorce. In every important way, an after marriage agreement accomplishes precisely the same things that a prenuptial agreement accomplishes. Although a postnuptial agreement is not required, it resolves a number of issues in advance, including any potential future disputes over children, finances, assets, inheritances, or other potentially acrimonious matters that can surface between partners if the marriage is dissolved.

The only real difference between a “prenup” and a “postnup” is that a postnuptial agreement settlement is created during the course of the marriage rather than prior to the marriage ceremony. Besides this difference, prenuptial and postnuptial agreements are basically the same and are both subject to enforcement by the courts. Eugene Zech is experienced in pre/post-nuptial agreements and while it may sound anti-romantic, but a “pre-nup” really can save everyone involved from a great deal of aggravation and inconvenience in the event of a divorce.

Premarital agreements are not set in stone–a modification can be made at any time at the couple's request. After the wedding, a premarital agreement may be redrafted, amended, or even cancelled entirely if both spouses agree to the change in writing. Zech Law will ensure those agreements are legal, fair, and appropriate for both partners. If you need to have a before marriage settlement drafted or reviewed, or if you have any concerns or questions about your own prenuptial agreement, contact Zech Law for a free consultation.

What does a prenuptial/postnuptial agreement accomplish? 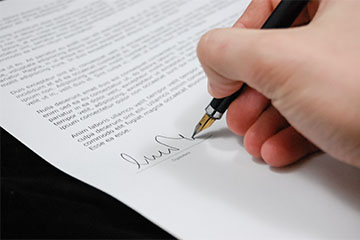 The purpose and aim of a formal pre/post-nuptial agreement is to resolve in advance a number of potential conflicts, including the division of assets, finances, children, inheritances, and other typically contentious matters likely to surface if the marriage ends in a divorce. These agreements are quite practical for many couples. A formal agreement lets both spouses protect their individual property if they wish. An agreement can also protect both spouses from the other's debts, and it can precisely spell out the support one spouse will provide to the other in case of a death or a divorce.

In the state of California, a pre/post-nuptial agreement is legally valid only if both marriage partners voluntarily agree to it after a complete disclosure of all assets and debts. The partners must be represented by separate attorneys or at least have a reasonable opportunity to seek legal advice prior to signing.

A pre/post-nuptial agreement in California cannot disregard the right of a child to future child support from either parent. Spousal support, however, can be limited or waived if both parties agree. Pre/post-nuptial agreements can potentially address a number of issues such as property rights, life insurance benefits, the fate of the family's pets, and virtually any other matter of real concern to one or both partners.

Divorce is never part of the plan or one of your end goals when you're getting married. It's understandable that a pre/post-nuptial agreement can be a rather awkward topic for an engaged or a newlywed couple, since these agreements directly address the potential dissolution of the marriage. Nevertheless, a fair agreement that has the consent of both partners can offer the protections, benefits, and advantages that both partners may need if in fact the marriage does end in divorce.

Can a prenuptial/postnuptial agreement be set aside?

When there is a substantial difference between what the court would do with and without the existence of the agreement, then a California judge may decide that the agreement is unfair and thus is unenforceable. The court may then find cause to consider the original circumstances of the agreement. Was any fraud or duress involved to force one spouse to enter the agreement? Did both partners fully disclose their finances prior to signing the agreement? When a divorcing spouse challenges a prenuptial agreement, a California court will typically conduct a thorough investigation into the situation. At this point, you will need an attorney who has experience dealing with prenuptial agreement litigation to ensure you achieve the outcome you desire.

Under California's Uniform Premarital Agreement Act, prenuptial agreements that have been made since 2002 may be enforced only if a spouse received complete information about the other spouse's property, business, and finances prior to signing the before marriage settlement, had at least seven days between first receiving the agreement and signing it, and was represented by legal counsel when signing the accord, unless the spouse signed a separate document voluntarily and expressly waiving the right to an attorney.

Nothing is more important than your future. If you are going to be married in southern California, schedule a consultation as soon possible with Zech Law to learn more about the advantages and benefits of prenuptial agreements.