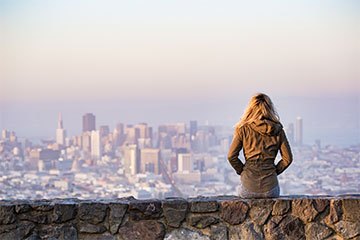 It goes without saying that divorces are difficult for everyone who’s involved, and there may continue to be difficulties related to your divorce well after it has been finalized. For example, subsequent to a divorce in California, many ex-spouses will be obligated to satisfy orders of the court regarding matters that may include child support, child custody and visitation, and spousal support (alimony).

Immediately or even years after parents have divorced, one parent may want or need to relocate to another city, state, or even another country because of changing circumstances, including a new job or relationship. After a divorce in California, when one parent wants to relocate to another jurisdiction, the court must determine how the move to a new location will impact both parents’ child custody rights, their child visitation rights, and the child’s own best long-term interests.

Zech Law can help when a legal dispute emerges

Child custody laws in California can be exceedingly complicated and challenging. A “move-away case” occurs when a parent with joint custody or sole custody of a child chooses a relocation that is far enough away to alter the current custodial arrangement. Unless the other parent has no issues with the situation, a legal dispute could erupt. If a legal dispute does emerge because one or the other parent seeks a relocation, you’ll want to contact Zech Law so we can help protect your rights.

The custodial parent can not pick up and move; he or she is required to provide notice so the courts can address the issue. In California, if you need or desire to relocate for career reasons or any other reason, it probably means that your court-ordered divorce arrangements will need to be modified, and you’ll have to obtain permission from the court to move to a new area. Whether the move is across town or across the country, if a relocation impacts the current child custody arrangement, the parents will need new custody and visitation orders.

Approval for a relocation isn't automatic

When parents separate or divorce in California, a court orders custody and visitation arrangements that presumably are based on the best interests of the child. If you are a divorced parent involved in a custody dispute over a move-away – or if you anticipate an upcoming dispute regarding a relocation – contact Zech Law for a free consultation. It is quite possible that the court could deny a move-away request and enforce the current custody and visitation agreements without making any modifications. Obtaining approval for a modification that involves a move can often be quite difficult, and your presentation to the court can make all the difference.

In the state of California, when a custodial parent wants to move with a child, a motion for a new custody order must first be filed with the court. The moving parent may request permission to move with the child, or the other parent may ask file a request for a change of custody so that the child can stay. If the move is career-related, the court will be sympathetic, but if the moving parent has physical custody of the child, and the other parent opposes the move, a move-away request can be denied regardless of whether or not it affects the parent’s work.

However, before a California judge will hear either side in a dispute regarding a parental relocation, the ex-spouses must take the time to try to reach an agreement on their own. Zech Law can assist with these negotiations and avoid court. If the parents cannot reach an agreement out of court, a hearing will be scheduled and the court will issue new custody orders. The court needs tangible reasons to deny a move-away request or to change child custody arrangements. While a California court cannot prevent mothers and fathers from relocating, it can decide where a child will live and what the visitation arrangements will be for each adult.

Your most important priority

If the parents have joint custody, they come to the court on an even basis, and the court will issue a new custody decision based on the child’s best interests. However, if one parent has been awarded sole custody, in California that parent legally has a “presumptive right” to move with the child. Before a court will modify a custody order in such cases, the noncustodial parent must show the court that the move would be detrimental to the child’s best long-term interests.

Child custody disputes and child visitation disputes are often tense and are almost always difficult and emotionally exhausting. That’s only natural, because your child’s well-being is your most important priority, and no one wants to be responsible for the division of a child and a parent. If you need to relocate to another legal jurisdiction for any reason, or if your child’s other parent is planning a relocation, let an experienced Orange County family law attorney who is familiar with the move-away request process advocate on your behalf.